Cher Lloyd Against Me! Pink The Bees The X Factor V Festival

Cher Lloyd is ashamed of her aggressive and childish behaviour after she shot to fame on 'The X Factor' and is determined to win the British public over again. 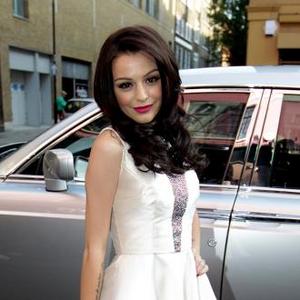 The 19-year-old singer - who came fourth on singing competition 'The X Factor' in 2010 - admits she let her success go to her head when she first shot to fame and is ashamed of ruining her reputation in the UK by acting out and throwing tantrums.

In an interview with The Sun newspaper, Cher said: ''I was an absolute b**ch. I raise my hands up to it. I was aggressive, I was cocky. I put my foot in it. I built up this big persona of 'I'm The Bees knees' and then I had to deal with it and pick up the pieces.

''It wasn't the person I am - I put it on because I was terrified every single day that I was on the TV show.

''I read the papers and I looked online and I almost didn't believe it was me ... I was aggressive and I thought the whole world was Against Me and I don't know why. It was weird.''

The 'Swagger Jagger' hitmaker was recently pelted with bottles full of urine during her live performance at the V Festival in Chelmsford, Essex, but Cher is determined to move on and is confident she can win over the British public.

She confessed: ''I was very upset but a year or two ago I would have thrown the bottles back. Now I know how to cope with things like that.

''It's going to take time over here to win people over.''

Last year, the singer hired Pink's manager Craig Logan to rebrand her as an international star and has since had phenomenal success in the US, even performing on the 'Today' show.

Cher boasted: ''It's one of the best decisions I ever made.

''It was hard to do it. I wasn't getting gigs at the time and I was just a girl from 'The X Factor'.

''Now look at me and what we've achieved together.''