Chemical Brothers Above And Beyond Four Tet

As the last bank holiday weekend of the summer approaches, most passionate electronic aficionados get ready for the influx of world-class disc jockeys that land in London for the two-day festival that is SW4. And for those who lack the erudition of the festival, it is further reason for you to keep on reading.

Fundamentally bringing some of the biggest acts from Ibiza to Clapham Common for two days may seem like a surreal notion, however, with every year, the festival in SW4 (the post code of the festival) gets more augmented, and this year is no different.

With artists spanning across all niche areas of electronic music, and four stages with over 70 artists, SW4 have really stepped up the ante this year, with the likes of Rudimental and Chemical Brothers headlining the Saturday and Sunday respectively. Make sure you follow contactmusic.com for all the action across the weekend.

With so much to choose from, here are some turntablists to watch out for.

Chemical Brothers - Sunday  - Main Stage
Most critics  at the moment are arguing these two are not only in the form of their life, but also playing the best set in the industry at the moment, so it is imperative that this set is witnessed.

Over two decades in the industry and 19 years since they dropped 'Block Rockin Beats', it's fair to say the North-London duo have seen it all, the capricious rise of electronic music through the 90's and noughties, the dismal small fad of EDM, and now thankfully house music is back with its origins - and probably why they are producing the best music and live show of their career.

The duo started touring their latest album 'Born in the Echoes' after its release and their live performance amalgamates the best of the album with a mix of their greatest hits over the two decades, really pumping the bass high in their live sets. This gig is not to be missed.

Above And Beyond - Sunday - Silver City
If there is any reason to miss Chemical Brothers, it maybe down to Above and Beyond, which, according to the line up at the moment, has a high probability to clash. Above and Beyond always pull a huge crowd, and are probably the most 'celebrity' trance DJ's there have ever been. Their following is huge, and if you are up for a euphoric set and wish to leave the festival with your arms feeling drained from trying to touch the lasers, this is the place for you to be.

Their album 'Group Therapy' still remains a classic, so much so, they toured it playing acoustically. To juxtapose Above and Beyond with the Chemical Brothers and the sets they will deliver could not be more night and day, though both will be pulling in huge crowds and expect to leave smiling to ear to ear - probably making new friends along the way.

Amine Edge and Dance - Saturday - Kingdom
Amine Edge and Dance have almost created a new style of house music that seems to be getting huge - G House; described as such due to being the closest facet of house music to hip hop, the genre takes its name as G House - Gangster House. The 'gangster' title is a little misleading, though the hip hop origins really aren't. After listening to Amine Edge and Dance for 30 minutes you will see why. Not many electronic DJs mix in Dr Dre, Snoop and Michael Jackson to incredible success. But that is what these guys do. The music is extremely progressive and some of the builds can take time, though you are always rewarded with funky beats that get your shoulders going. If anyone wants to check them out before hand, listen to their January 2016 set from Ushuaia in Ibiza. It's a goody.

MK - Together Main Stage - Saturday
Dependent on the age you were introduced to electro or house, MK may have different connotations or resonance with you. A veteran DJ that had number one songs in his native US way back in 1993, Marc Kinchen (MK) has gone on to become a master sample artist who always seems to know which tune will make the clubs bounce. Having the courage and the temerity to mix any genre of music to an excellent standard, the DJ is on top form and seems to be ubiquitous at the moment. Try his latest mix of the Bastille's 'Good Grief' to start off.

Knife Party - Headlining SW4 Live Saturday night
From their standards, the duo have been quiet as of late, however, the guys (who make up part of Pendulum) still draw a huge crowd. Their rowdy base-heavy-electronic music is similar to the Prodigy, and the high-energy set is somewhat unique to the SW4 line up; if you fancy something a little harder to finish the Saturday night, then this is it.

Four Tet - SW4 Main Stage -  Guest Slot
With a 'Guest Slot' on the Sunday Main Stage, festival-goers will have to wait until the day of the festival to see what time slot the English master gets. Four Tet's latest album 'Morning/Evening' (the eighth to his name) took the industry by storm over the last 12 months and now the London-born disc jockey is using this festival season to cement his place in the game. Hebden never disappoints live and that's probably one of the reasons why Radio 1 chose to make his Glastonbury set a live Essential Mix.

Take a look at the SW4 website to view the full line up. 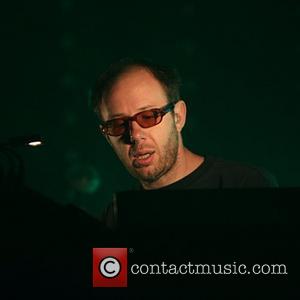 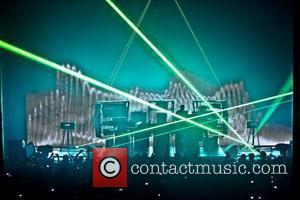 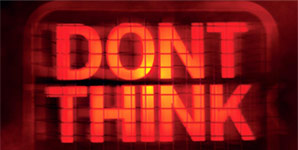