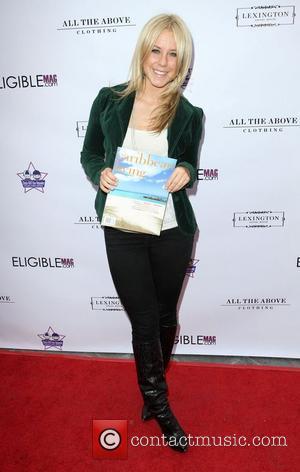 Chelsie Hightower has revealed her ambition for the second round of Dancing With The Stars. The professional dancer told OnTheRedCarpet.com that she and her dancing partner Roshon Fegan are aiming to get a good score from the dance expert Len Goodman next week.

Mimicking Goodman's British accent, Chelsie said she longed to hear him say "Roshon your technique was superb this week." 22 year old Roshon, a Disney Channel actor, laughed and added "'Roshon, I love you!' What ever that means." In the season opener, which saw some couples receiving record scores for a first dance, Chelsie and Roshon came third, behind Katherine Jenkins and William Levy and their respective dance partners. In response to discussion about the unusually high scores, Chelsie added "The level of dancing is so high, so it's such an honor to be a part of that because when you progress and when you do better, it's that much more rewarding because everybody is so good. I'm very grateful for our score but I want it to be better."

There has been some criticism of this season of Dancing With The Stars, with some arguing that the celebrities are not well-known or relevant enough to the show's audience. Last season, the show's producers turned heads by inviting Cher's transgender son, Chaz Bono onto the show. They have defended their choices though, saying that the TV audience will grow to love the stars that they have selected.