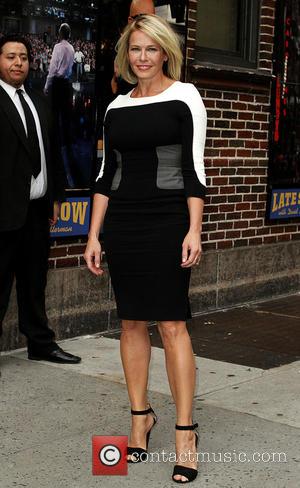 Picture: Chelsea Handler - Chelsea Handler, Elle Fanning and Robert Duval were guest on the Late Show with David Letterman at the Ed Sullivan Theater in...

Guests at a celebrity gala in New York were left squirming in their seats when U.S. Tv host Chelsea Handler told a shocking joke about Sir Paul McCartney's ex-wife in front of the Beatles star and his new bride.

MCCartney attended the Lincoln Center in Manhattan on Thursday (13Nov14) with his wife Nancy Shevell for a tribute event in honour of his fashion designer daughter Stella.

However, the evening got off to an embarrassing start when Handler, who was opening the gala, made a potentially offensive gag about the musician's former wife Heather Mills, who lost a leg in a road accident.

Paying tribute to Stella MCCartney, she also joked, "(Her) collections have always spoken to me, probably because we come from such similar backgrounds. Her father is one of the greatest musicians of all time, who influenced generations, and my father spent a night in prison for shoplifting an eight-track of Yellow Submarine."

The Beatles star appeared unfazed by the racy remarks - he presented his daughter with a special tribute award and later told Page Six, "I'm more proud than you could ever imagine. A trillion, a trillion times proud, times a trillion. You know, to me she was once just a tiny little baby, and I'm here now in New York, and she's a celebrated lady who does so much for women, the planet, children and me."

Other guests at the dinner included Liv Tyler, Woody Harrelson, and model/actress Kate Upton, as well as John Lennon's widow Yoko Ono, who greeted MCCartney and his wife with a hug and a kiss.