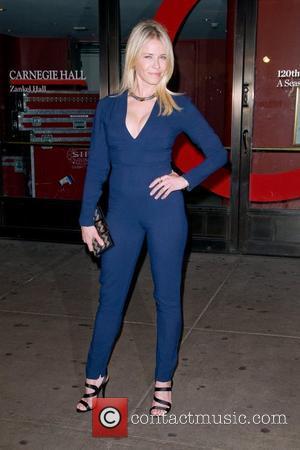 Chelsea Handler looked to have found love again her split with long-time boyfriend and Ceo of the Comcast Entertainment Group Ted Harbert in January 2010. However the 36 year-old has now split up with current squeeze ANDRE BALAZS and he joins the latest in an increasing line of subsequent short-term flings. They'd been going out for less than a year.
The news came through Handler's rep and was reported to Us Weekly; it comes as something of a surprise given an interview she'd given to Piers Morgan earlier this year in which she discussed the pair's relationship, wishing to keep it under wraps and saying, "I'm seeing someone now, but, I have spent so much time exposing my personal life to everybody that I finally am in a situation where I feel like it's disrespectful to another person," she'd gone on to admit "I have very strong feelings".
Not strong enough though evidently, and the hotelier joins a list of exes that includes 50 Cent and 'Animal Planet' star Dave Salmoni. 54 year-old Hungarian Balazs hasn't done too badly himself, formerly dating Uma Thurman; Handler had first announced they were dating in an April edition of her talk show, 'Chelsea Lately'.