Chelsea Handler has split from on/off boyfriend ANDRE BALAZS, the wealthy hotelier who she first met in 2011. 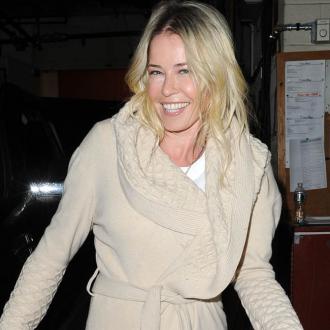 The 38-year-old TV star has separated from her on/off 56-year-old millionaire beau who she rekindled her romance with in February 2012 after first meeting him in 2011.

A source told Life & Style magazine: ''He's been telling his friends they're done - they're definitely over.''

The 'Chelsea Lately' host has also ''stopped wearing the vintage compass necklace André gave her'' as a gift.

However, the hotelier has not let the break-up get him down and he has been spotted out in New York City at an event hosted by fashion house Hugo Boss.

The source said: ''He attended the Hugo Boss event in NYC; he was mingling and hanging with his guy friends.''

Chelsea previously revealed the pair were facing difficulties as they spent so much time apart from one another due to their careers.

She said: ''We were talking about living our lives together, my boyfriend and I. We've broken up a couple of times and gotten back together, and we're trying to figure out how to live a life together.

Chelsea previously had a four-year relationship with Ted Harbert who she worked with during her time at E! Entertainment Television but they split in late 2010 and she later enjoyed a casual romance with rapper 50 Cent.

Andre was previously married to Katie Ford between 1985 and 2004, he then had a two-year relationship with Uma Thurman but they split in 2006 after which he briefly romanced Courtney Love.