Born Chastity Son Bono in 1969, the daughter of the famous pop duo Sonny and Cher has, over the last two decades, endured a turbulent life in the public eye. In 1995, after several years of tabloid discussion regarding her sexuality, Chastity Bono publicly came out as a lesbian. At the same time, Cher herself showed public support for Chastity and even featured on the cover of The Advocate magazine, in a feature focusing on her as a proud mother of a gay child. Chastity Bono then went on to write a number of books on the matter, including Family Outing: A Guide to the Coming Out Process for Gays, Lesbians and Their Families.

Then, between 2008 - 10, Chastity Bono underwent a female to male gender transition. Bono's gender reassignment was the subject of the documentary Becoming Chaz, which debuted at the 2011 Sundance Film Festival and was later shown on the Oprah Winfrey TV network. The new chosen name for Chastity became Chaz Salvatore Bono.

Whilst Chaz Bono's gender and sexuality have been a constant source of comment in the press, opinion was never so divided, nor so heightened as when he was selected to take part in the popular US TV show Dancing with the Stars. The American psychiatrist and New York Times columnist Dr Keith Ablow criticised the ABC network's decision to select Chaz Bono - who was paired up with a female dancing partner - as a contestant on the show. In an article on the subject, he stated that it was a "toxic and unnecessary by-product of the tragic celebration of transgender surgery that millions of people will watch (Dancing with the Stars) and start asking questions like 'maybe I'm not a tomboy, maybe I'm just a boy.'" 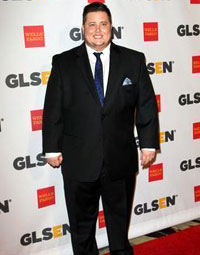 When challenged about his views by Fox News' Megyn Kelly, Dr Ablow stated that he believes that "we kindle behaviour in one another" and argued that Bono's appearance on the show could potentially encourage viewers to consider gender reassignment, especially as Chaz Bono was celebrated as a 'civil rights leader' because of his activism is the Lesbian, Gay, Bisexual and Transgender (LGBT) community and beyond.

In the same interview, Dr. Ablow likened the provision of gender reassignment surgery to 'providing liposuction to anorexics', arguing that surgeons (should) 'not not have to co-operate in their pathology'. Whilst Ablow had mainstream media channels through which to express his feelings about Chaz Bono, others took to the web, often in a less considered manner. A quick search on Chaz Bono's politics will show up blog titles that include "Fat, perverted slob Chaz Bono debuts on Dancing with the Stars" with additional comments referring to him as a 'godless lib-child.'

Of course, if he had not been born to celebrity parents, the focus on Chaz Bono's life would most probably never have been the subject of tabloid speculation. Since the Dancing With the Stars ordeal began, Chaz's mother Cher has been one of his most outspoken supporters. When Chaz was invited onto the Ellen DeGeneres show to talk about his upcoming TV appearances, Cher phoned in to the show and challenged his detractors with the following statement: "If you got that excess time and that amount of hostility, I'm not so sure that I can say anything to you that would make you change your feelings," said Cher. "I don't know that I would have any magic words to make you feel more comfortable and to soothe you into not being terrified of my child dancing on Dancing With the F--cking Stars." 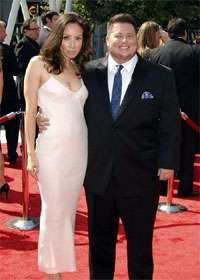 She did, however, also make light of the situation, arguing that the thought of Chaz doing the dance that was required of him was more scary than him going through 'the change'. Cher has not always been so supportive of Chaz's change, though and expressed her fears of no longer recognising her child, in the documentary made about Chaz's surgery. However, the public outcry about Chaz's inclusion on Dancing with the Stars seems to have compelled Cher to rally in support of Chaz and she has been seen in the audience during the show, ensuring that Bono's performance received a standing ovation. She's also taken to the social networking site Twitter to voice her support, with statements such as "This is still America right ? It took guts 2 do it" and "Mothers don't stop getting angry with stupid bigots who f--k with their children!"

One internet message board user who was arguing against Chaz Bono's inclusion on the show argued "when I heard that Chaz Bono was going to be on, I was sick. Not that I have anything personally again her/him, I just don't want that lifestyle choice continually flaunted in the media." Whether or not the transgender lifestyle is, indeed a 'lifestyle choice' or an essential decision that certain individuals are required to make in order to secure their happiness, has long been the subject of heated debate. Chaz Bono's life in the public eye is unlikely to quell that debate. However, his appearance on Dancing With Stars, on mainstream US television may well be responsible for raising the topic for discussion in American households, schools, etc, where the subject may previously have been avoided. Bono himself may simply be the subject of spectacle, as he is the first child of '60s pop-culture royalty but the issues raised by his life choices, his gender and his sexuality are not simply the product of a celebrity lifestyle and his life in the public eye has raised issues that affect a huge number of people across America and beyond.

Chaz Bono happier than ever with weight loss

Chaz Bono Saving His Pennies For A Penis

Chaz Bono Is Looking For Love

Cher Believes Chaz Is No Different

Dancing With The Stars Returns As Chaz Bono Wows Judges