Review of 5:55 Album by Charlotte Gainsbourg 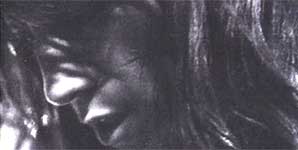 An acclaimed French movie actress, Charlotte Gainsbourg was actually born in London and recorded her first album at the tender age of 13. This record features collaborations with Jarvis Cocker and Air and was produced by the legendary Nigel Godrich.

To put it mildly, thespians have not always made the most successful musicians, with Russell Crowe and Keanu Reeves just a couple of those who have failed to impress with their melodic output. Perhaps with this in mind, it is a masterstroke by Gainsbourg to work with the names listed above, as it has ensured that this album isn't offensive to your hearing. The title track, which opens the album, sets a relaxing and melodic tone that characterises "5:55" and it perfectly suits her soft vocal style. Adding a touch of funk and jazz, the intro of "The Operation" resembles Orson's hit single "No Tomorrow", before adding a whirling guitar borrowed from Supergrass, the result being a hypnotic number that intrigues.

Those who are not multi-linguists may feel slightly alienated by "Te Que Tu Es", which is sung entirely in French, but is no less pleasant musically. Returning back to English, "The Song That We Sing" boasts a stirring orchestral section, and Gainsbourg displaying a surprisingly strong Cockney accent. The only complaint that can be made about the record is that the lack of variety in sound begins to tell once you get passed half way, meaning you are less inclined to pay attention to the likes of "Little Monsters" or "Jamais", though the mood is lifted by the dramatic penultimate track "Everything I Cannot See". Overall it's a decent enough effort, without ever being truly impressive.