Review of IRM (With Beck) Album by Charlotte Gainsbourg 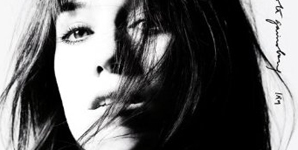 Cynics suggest that it's difficult to figure out Charlotte Gainsbourg. Is the daughter of one of France's most feted performers an actress who sings or a singer who occasionally gets in front of a camera? Tellingly, they'll find little useful evidence to answer that conundrum one way or another on IRM.

Confusion about which role is her day job aside, her story - from debuting alongside her father at thirteen on the highly suspect duet 'Lemon Incest' to appearing most recently in Lars Von Trier's prude baiting mind-f**k Antichrist - took a further compelling twist in 2007. After suffering from headaches following a minor water ski-ing accident in America, Gainsbourg suffered a brain haemorrhage. Following her gradual recovery and with Beck at the controls and writing the material, IRM (French for MRI, the scanning technique used to analyse the internal condition of the body) may aspire to be either redemptive or cathartic, but despite inevitable experiential references - songs entitled Heaven 'Can Wait' and 'Me And Jane Doe' - it lacks the gravity of a life flashing before your eyes.

It's not without some mildly diverting idiosyncrasies though. Opener Masters Hands is a nervous twitch of a song, Gainsbourg's dreamy vocals contrasting strings with staccato processing, whilst the title track is more of the same, a discordant kick drum and buzzing white noise combining to produce an effect which sounds like the Aphex Twin covering Stereolab.

Much of the rest of IRM reveals through a dichotomy which is never fully addressed. On the one hand there are pockets of lush, 60's influenced melodies laced with touches of classic gauche pop, revealed on the likes of Vanities and the gorgeous Time of The Assassins. Sounding timeless, both recall Air's psychedelically tinged score for Sofia Coppola's film The Virgin Suicides. And yet there's a darker flipside; Greenwich Mean Time is filled with snarling post-punk ennui, whilst Trick Pony is like The Shangri-La's helping out The Kills.

It's clear neither caps fits completely, but possibly the biggest compliment to be paid to IRM is that despite Beck's role as muse, it's a defiantly un-American sounding record, which is sure to raise a cheer in the singer's home country. With a permanent niche for her music still to yet to be found however, Gainsbourg may need to reject both the past and the present on her next work.