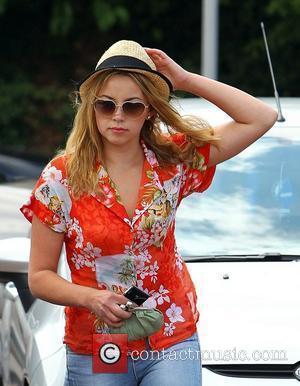 Charlotte Church has confirmed she has started dating the man behind her latest album - but insists she'd dump him if he failed to forge a relationship with her children.
The singer called off her engagement from her longterm partner Gavin Henson in May (10), and was soon linked to songwriter Jonathan Powell who she met in her mum Maria's Robin Hood pub in Cardiff, Wales.
After collaborating on 10 songs for Church's new album, the pair has started a romance - but the former classical star insists it's early days.
She tells Britain's The Sun, "Jonathan is a handsome guy and really cool and we have worked together a lot. We get on well, so we'll see how it goes. Both Jonathan and I ended our relationships long before either of us even thought of moving on."
But she is adamant that she would ditch her new lover for the sake of her kids with Henson - Ruby, two, and one-year-old Dexter.
Church adds, "I would drop a man like a hot chip if ever my children said they didn't like him. It's all about my children and that's the way things will always remain."
And the Welsh beauty is convinced that her relationship with her rugby player ex is better than ever since they split: "It's not acrimonious. There's no discomfort. I think we actually get on better now than we did when we were together."