The singer revealed the news at Birmingham Pride.

Charlotte Church was performing in Birmingham over the weekend when she revealed to her audience that she is currently pregnant with her third child. Wearing fishnets, black briefs and a sequined top, her burgeoning bump was only just beginning to show as she performed. 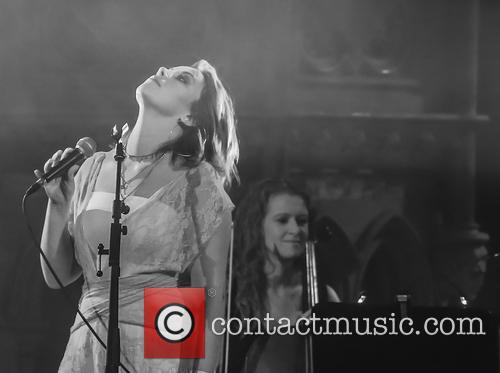 The 31-year-old Welsh singer was on stage at Birmingham's Gay Pride event on Sunday (May 28th 2017) when she announced her happy news, though she has further added that it won't affect her forthcoming show in Victoria Park, London for the Mighty Hoopla festival.

'Of course! 2 for the price of 1 darling!!!' She told a fan who asked her to confirm whether or not she would still be making an appearance.

Charlotte already has two children - 9-year-old daughter Ruby Megan and 8-year-old son Dexter Lloyd - fathered by her former partner, rugby player Gavin Henson. They split seven years ago and since then the singer has been in a relationship with a musician named Jonathan Powell.

She told the Guardian last week that she was feeling 'brilliant' about her new pregnancy, though confesses her previous pregnancies left her missing going out drinking. 'Now it's great, it's lovely', she said. 'I don't know if I'll ever be a party girl again. It feels very different this time around.'

The news is certainly a refreshingly happy change from the headlines Charlotte has recently been making. She clashed with opinionated 'Good Morning Britain' presenter Piers Morgan last week on Twitter in the wake of the Manchester terror attack after the latter said: 'Muslims can do a lot more to help police and Mi5 root out radicalised members of their communities, yes.'

More: Charlotte Church among those to refuse an appearance at Donald Trump's inauguration

Charlotte, quite rightly, responded: 'By your logic men should do more to root out rapists. Doesn't really work like that does it?' Needless to say, Piers did not accept her argument and branded it 'absurd, virtue-signalling ignorance'.