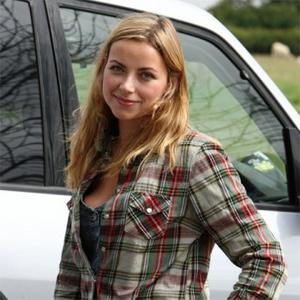 The Welsh former child star - once dubbed the 'Voice Of An Angel' - hopes to dispel any prejudices the public may have against her with new pop album 'Back To Scratch'; but admits it is a "struggle" because her career has sent mixed messages so far.

Charlotte exclusively told BANG Showbiz: "People generally think of me as this feisty, opinionated simpleton. But I'm really trying to make people understand where I'm coming from, which is a struggle.

"The album is a bit deeper, there's a bit of pain in there and people will be like 'Oh wait she's human! Oh right, I thought she was a cartoon character'."

Charlotte - who split with fiance Gavin Henson earlier this year - also said 'Back To Scratch' contains some of her emotionally rawest songwriting to date.

She added: "The album is quite sad in parts but it's really honest and it's really raw and that's the only way I know in which to write really. It's pretty poppy but a lot of it is quite un-commerical."