The Welsh singer voiced her support for Kardashian’s selfie during a speech at Southbank Centre's Women of the World festival.

Singer Charlotte Church has defended Kim Kardashian’s naked selfie, saying it could be seen as 'quite a feminist' move. Earlier in the week Kardashian’s throwback pic was criticised by stars including Bette Midler and Chloe Grace Moretz, but the reality star later insisted the pic was 'liberating' and it seems Church agrees. 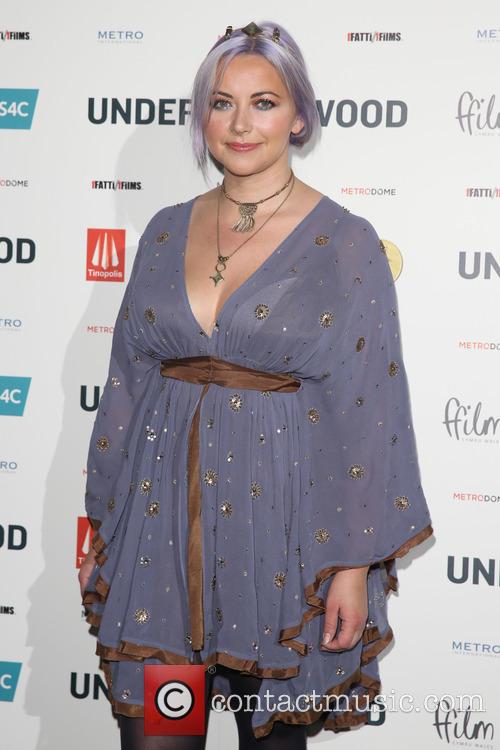 Charlotte Church has weighed in on Kim Kardashian’s naked selfie.

Speaking at Southbank Centre's Women of the World festival, Church said "there are all different sorts of strands of feminism”, explaining that she’d become more ‘liberal’ in recent years.

"There are people who are more conservative in their feminism and don't think that there should be ... that women necessarily in the music industry should go and twerk in videos and wear thongs and stuff."

"But then there's another sort of feminism which says that they absolutely should, they should be able to do exactly what they want. It took me a little while just to think there's no right or wrong. It's just what my idea of it is.”

Church then looked back to her John Peel Lecture in 2013, where she called out the male-dominated music industry for its sexism and said it was increasingly creating and promoting "child-like" sex objects.

"When I did the John Peel lecture, I feel like actually I feel quite differently now, not very, I'm not too far away from the things that I said in that lecture,” Church explained. “Now I'm a bit more on the more liberal side. So there was that picture recently of Kim Kardashian tweeting a picture of herself naked on her Twitter.”

"And obviously lots of people were sort of up in arms and said 'This is totally not cool and what are you doing Kim Kardashian?' And then she sort of said 'Well this is a photo from a year ago when I was 25 pounds lighter and much hotter', or whatever she said.”

"But you know, she's just had a baby, so maybe actually that is sort of quite a feminist move." Church added that Kardashian could be using the picture as “motivation”, saying: "None of it's black and white. It's all shades of grey.”

In her speech Church, also discussed Miley Cyrus, who was a hot topic of debate in 2013 thanks to her sexually-charged VMA performance. “She was a massive topic of conversation,” Church said.

"Whether what she was doing was right or wrong or good for women or bad for women. And a lot of people had a lot of opinions on that.” Church admitted that she had criticised Cyrus at the time, but now says that after seeing what she has done since, including her charity work, she thinks "more power" to her.