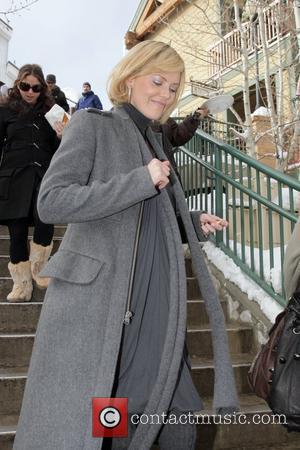 Charlize Theron went public with her unorthodox 'marriage' to partner Stuart Townsend over the weekend (16Mar08) when she referred to the Irishman as her "husband" in a TV interview. The Oscar winner was chatting to the hosts of U.S. film show Shootout, wearing a band on her wedding finger, when she cooed about her seven-year romance with Townsend. Asked why she has chosen to produce movies by two first-time directors - William Maher (Sleepwalking) and Patty Jenkins (Monster) - the actress cryptically offered, "I look at my husband today and I wonder, 'What was it that you said that made me stick around for seven years...' I'm still sticking around." Then, later in the show, while Theron was proudly talking about Townsend's directorial debut Battle In Seattle, a scene from the film was shown, with the blurb, "Theron's husband, Irish actor Stuart Townsend, wrote and directed Battle In Seattle." Theron and Townsend declared themselves 'married' last September (07) after exchanging rings just before Battle In Seattle's world premiere at the Toronto Film Festival in Canada. Townsend revealed, "I didn't do a church wedding or anything, but we're married. We're husband and wife. We love each other and we want to spend our lives together."