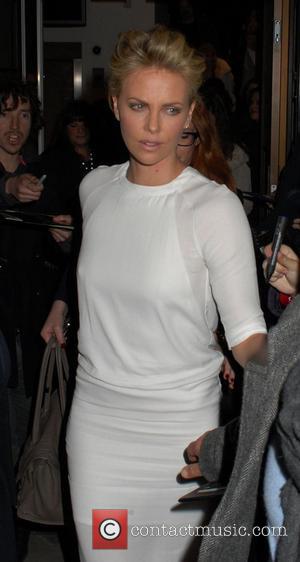 Charlize Theron is relishing life following her split from longtime boyfriend Stuart Townsend, insisting the break-up has helped to reinvigorate her acting career.
The Monster actress parted ways with Townsend in January, 2010, following a nine-year romance and she subsequently threw herself into filming upcoming movie Young Adult.
And Theron, 36, credits the love split with giving her a renewed lease of life and passion for her craft.
She tells Vogue magazine, "I really, really missed it (acting). Like around week three (of the shoot), I had this horrible, sappy moment where I got a little overwhelmed. It was just a really great f**king experience.
"I'd gotten out of a relationship and I was in this really floaty place. My feet weren't touching the ground. I just kind of turned to (director Jason Reitman) and was like, 'I feel like me again.'"
But Theron admits she worked hard to try and save her failing romance with Townsend because she's not used to being alone.
She says, "It was sinking, and I had to give it a fight. I really wanted to try and make it work. That was the priority. I wouldn't do it any different way...
"I've never been single. This is the first time in my life. From the time I was 19, I've been in relationships, literally gone from one to the other within a month."
However, the South African beauty has learned to embrace her single status: "It's (being single) been good for me. I'm a creature who's really found her comfort zone in relationships."