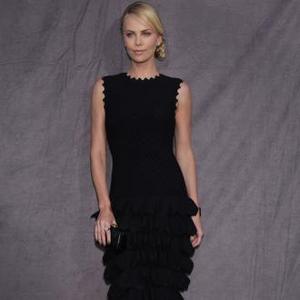 The 'Snow White and the Huntsman' actress - who adopted a baby boy named Jackson in March - thinks it would be a ''scary'' experience, but would love to be onboard Sir Richard Branson's Virgin Galactic commercial space flights.

She said: ''I'm totally open to going up in space. Isn't Richard Branson doing it? But I hear it's expensive! You can go up for $200,000. I'm open to all of that stuff. I'm sure it would be scary, but hopefully I'd just be going to see what it looks like, so I'd be coming back. I wouldn't miss anything here because I try to live in the present.''

Charlize, 36, has been single since splitting with Stuart Townsend after nine years in 2010 but even when she meets someone new, she has no plans to marry them because she finds the institution unequal.

The South African beauty told You magazine: ''Marriage is not for me. Until it's equal for everybody, I don't want to be a part of it. I grew up during apartheid and this feels similar. Why can heterosexual couples have the legal status of marriage and same-sex couples cannot? That is like having a white water fountain and a black water fountain.''