Charlize Theron Had A Lucky Escape Early On In Her Career After Losing Out On The Lead Role In Stripper Film Flop Showgirls To Elizabeth Berkley. 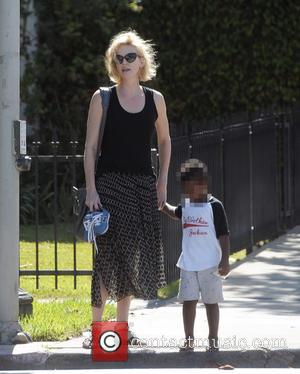 "Charlize also auditioned, and I don't recall her having any problem with the nudity at all," he tells the New York Daily News. "She was good and wanted the part, but basically she was not well known enough at the time and just did not fit the part, so we said no."

Verhoven admits the decision likely saved the blonde beauty's Hollywood prospects, because the movie was savaged by critics - and Berkley's career never recovered.

He adds, "I have full respect for Charlize, but if she had been offered the part then she would probably have been chewed up in the same way they treated Elizabeth.

"She was very lucky that she did not get the part. I wish Charlize congratulations for that because it would have been a miserable 20 years for her!"

Issuing an apology to Berkley for the movie backlash two decades ago, he says, "Hollywood turned their backs on her. If somebody has to be blamed, it should be me because I thought that it was interesting to portray someone like that."