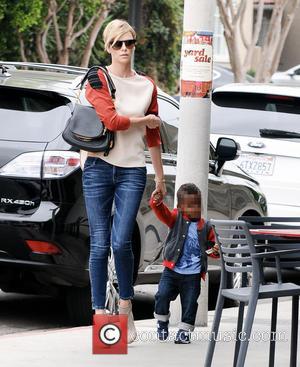 Actress Charlize Theron has secretly undergone surgery for a spine injury she sustained on the set of 2005 action movie Aeon Flux.

The Oscar winner hurt herself while performing her own stunts, but she only recently opted for the corrective operation when the pain began flaring up.

A source tells UsMagazine.com, "Charlize got injured on a set and broke a vertebrae years ago. It's been bothering her a lot lately so she had surgery to correct it and they had to go through her neck... She will be totally fine. She plans just to hang out and rest all weekend and recuperate."

Theron has kept quiet about the procedure, but she was spotted wearing a neck scarf over a small bandage while attending Variety magazine's 5th Annual Power of Women event in Beverly Hills, California, on Friday (04Oct13).

Another insider adds, "She's got a small Band-Aid on her neck. She kept fussing with the white scarf. She (was) wearing (the scarf) to cover it, but it was poking out and visible."