She plays an MI6 agent in this retro spy thriller.

Charlize Theron returns to the big screen in yet another bad-ass role, this time as an MI6 super-spy in 'Atomic Blonde'. Having just made its SXSW debut, this late-80s set crime drama is scheduled to roar into cinemas this summer and is the first of four movie projects Charlize has coming up this year. 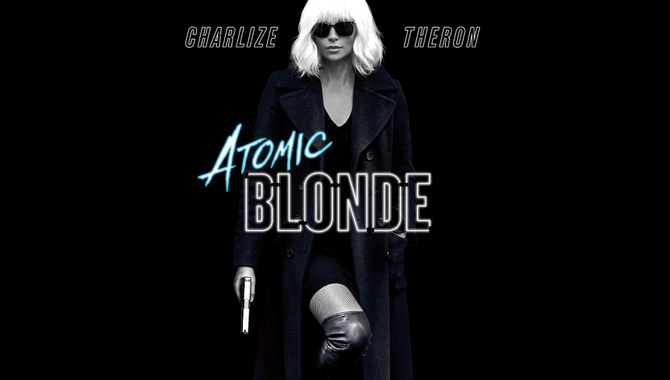 The story follows Lorraine as her boss Gray (Toby Jones) sends her to uncover the double agents behind the death of her close contact James Gascoigne. She's willing to do anything it takes to find out the truth, even if it means seducing the glamorous French operative (Sofia Boutella).


The film also stars John Goodman and Daniel Bernhardt, and it marks Charlize's third collaboration with Eddie Marsan, while it's Eddie's second with James McAvoy after 2013's 'Filth'. Shot in London, Berlin and Budapest, the film is David Leitch's feature film directorial debut - at least in the solo sense of the word as he did have an uncredited role in the Chad Stahelski directed 'John Wick' in 2014.

David Leitch has been a professional stunt coordinator on movies for over 20 years, having worked on blockbusters the likes of 'V for Vendetta', 'Fight Club', '300' and 'The Bourne Ultimatum' among many others. It's no wonder, then, that Charlize got to train alongside Keanu Reeves while he was shooting for 'John Wick: Chapter Two'. It took no less than eight personal trainers to whip the 41-year-old actress into shape - that's even more than on 'Mad Max: Fury Road'.

The movie has been written by Kurt Johnstad ('Act of Valor', '300'), adapted from 'The Coldest City'; the first of the 2013 graphic novel series written by Antony Johnston and illustrated by Sam Hart. Plus, it looks like 'Atomic Blonde' is going to have an astounding soundtrack, with the trailer itself being set to snippets of Queen's 'Killer Queen and a cover of New Order's 'Blue Monday' by HEALTH.

Charlize Theron has a number of other projects coming up this year; she will appear in 'The Fate of the Furious', a mysterious and untitled Nash Edgerton project with Amanda Seyfried, Jason Reitman comedy 'Tully' and is soon set to begin filming Jonathan Levine's forthcoming political comedy 'Flarsky' with Seth Rogen.