Theron has spoken about how her 20 year friendship with Penn turned into love. 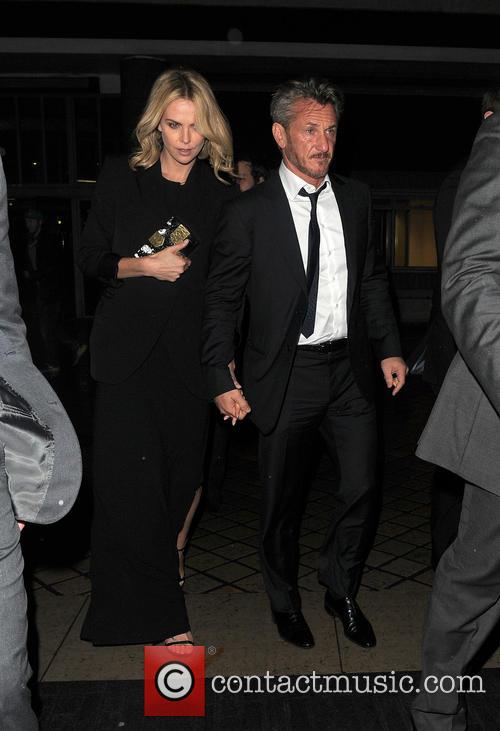 Charlize and Sean are rumoured to be planning a trip down the aisle.

"We’ve been friends for twenty years,” Charlize told the magazine. "He was married [to ex-wife Robin Wright], I was in a long-term relationship [with Stuart Townsend], our spouses—not regularly, but we were in each other’s lives. I think our friendship stemmed from mutual respect—more on my end, because I really didn’t have a body of work twenty years ago, but my love and passion for making films—that was our common ground.”

Comparing her relationship with Penn to her past romances Charlize said, "It is nice to be in something where the friendship came first. I’ve never had that. There’s a weight to the relationship already that I don’t think you have when you just meet somebody and enter a relationship.”

"There’s a foundation of twenty years that the two of us have shared with each other in all these different ways that is really the foundation of something that has brought a lot of beautiful things into my life.”

“You’re a forty-year-old woman sounding like a sixteen-year-old. There’s something beautiful about that, but you lack the articulation of really saying what it’s like when somebody walks into your life and makes you see something that you really never thought you’d be able to see,” she added.

But the feelings between Theron and Penn are most definitely mutual, as the actor dished about their relationship to the same magazine last month. Speaking about the possibility of marriage the twice divorced Penn said, “I wouldn’t even consider [Charlize] a third marriage, I’d consider it a first marriage on its own terms if I got married again. I mean, I like the tradition.”

“To run into somebody now who you care about is a much more passionate, deeper, truer and – God! – a much happier feeling," the actor added. ”It’s a lot more romantic and a lot more fulfilling to be in a relationship and to think you’re a good person within it."