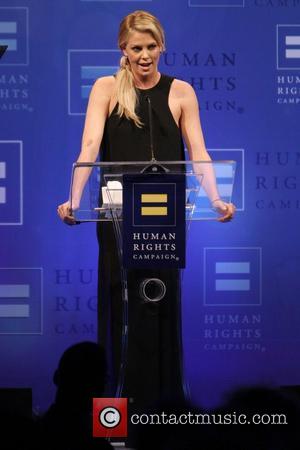 Charlize Theron has been pictured out with her newly adopted son, Jackson, in Los Angeles. People magazine published a photograph of the actress yesterday, holding Jackson in a baby carrier, but shielding him from the prying photographer's lens, with a white star-covered blanket. It's the first time that Charlize has been photographed with the four month-old boy, even if the baby isn't visible in the pictures.
Theron, who is now a naturalised citizen of the Usa, also retained her South African citizenship. She announced earlier this month (March 2012) that she was planning to adopt and had been trying to do so for a long time. The Oscar-winning actress recently told Ryan Seacrest - on his radio show - that she was enjoying motherhood, saying that her life has "changed a tiny bit, adding "I now travel in a pack." "It's been amazing," the Monster actress told Seacrest, "The amount of emails and congratulations. Everyone's just been so lovely. So it's been really nice."
Theron will have to get used to balancing work and motherhood, with two major film releases coming up this summer that she will be promoting. Firstly, she's playing the role of Queen Ravenna, in Snow White and the Huntsman, alongside Kristen Stewart and Chris Hemsworth (scheduled for release on June 1, 2012) and the following week, Prometheus gets its full release. The Ridley Scott blockbuster stars Theron as Meredith Vickers. Noomi Rapace and Michael Fassbender also star.