Charlize Theron is a ''relationship girl'', though she isn't currently actively looking for a boyfriend. 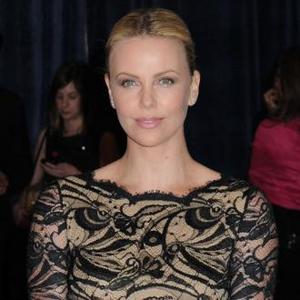 Charlize Theron is a ''relationship girl''.

The 'Snow White and the Huntsman' actress - who has been single since her nine-year romance with Stuart Townsend ended in 2010 - isn't currently looking for a boyfriend but admits she prefers to be with someone.

Despite her fame, Charlize - who adopted baby son Jackson in March - insists it has never been a problem in her relationships and says her life is very ''contained''.

She added to America's InStyle magazine: ''There's definitely something in the nature of a man and a woman that makes [relationships] challenging, but it was never a huge problem for me. I don't live my life in a way that feels big. When you're in my life, it's actually very contained.''

The 36-year-old beauty ''always knew'' she wanted to be a mother and hopes to be as good a parent to Jackson as her mom Gerda has been to her.

She said: ''Motherhood was something I always knew I wanted to experience. What a great opportunity for someone like me who wants to have a family.

''I can only hope to be 10 percent of the mom mine was to me. She encouraged me to be confident and enjoy life. That's what I want for my son. So far I'm not surprised by anything about being a mom. It's all pretty great - but that's what I expected.''