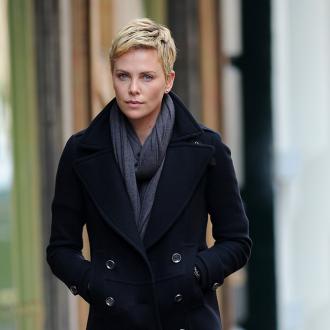 The 37-year-old Oscar winning actress sparked rumours she is dating funnyman Seth Macfarlane after they were spotted on a dinner date at Sushi restaurant Matsuhisa in Beverly Hills on Sunday night (07.04.13) but they are just friends and were discussing his upcoming movie 'A Million Ways to Die in the West'', which the South African beauty is set to star in.

''They are just friends. Charlize is single.''

Charlize and Seth, who split from 'Game of Thrones' actress Emilia Clarke recently, became firm friends during rehearsals for the Academy Awards in February, which the 'Family Guy' creator hosted and she performed a dance routine with Channing Tatum.

The duo were previously said to have been ''very flirty'' with each other at a post Oscars bash in Hollywood on February 24.

Charlize has been focusing on raising her son Jackson, two, who she adopted last year.

The couple dated for nine years until 2010.