Charlize Theron held a low-key birthday party for her son at her Hollywood Hills home, but the bash was glammed up with star guests including Sandra Bullock and Chelsea Handler. 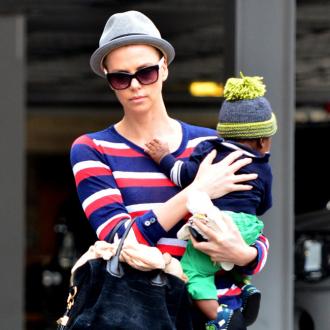 Charlize Theron threw a star-studded birthday party for her son.

The 'Snow White and the Huntsman' actress - who adopted son Jackson in March 2012 - celebrated her little one's first birthday with an intimate party at her Hollywood Hills, California home on Sunday (17.02.13) and A-list guests including Sandra Bullock and Chelsea Handler attended.

A source told E! News: ''Sandra Bullock was one of the first guests to arrive with her son Louis. As they walked into the party, they bumped into Chelsea Handler who had also just arrived in a limousine. They all walked in together and headed for the backyard where children's music was playing and kids were running around.''

It's reported that the ''low-key party'' hosted 20 guests and was reserved to the 37-year-old beauty's closest friends and family.

The source added: ''There was a lot of laughter and screams as everyone had a good time.''

Charlize's fellow Oscar-winning starlet, Sandra, 48, was a generous party guest, bringing ''a big bag of presents from Landis' Labyrinth Toy Shop'' for the birthday boy, and it seems her own adopted son, Louis, hit it off with Jackson.

The source said: ''Louis and Jackson had a great time running around playing together, but they were both worn out and looked ready for a nap.''