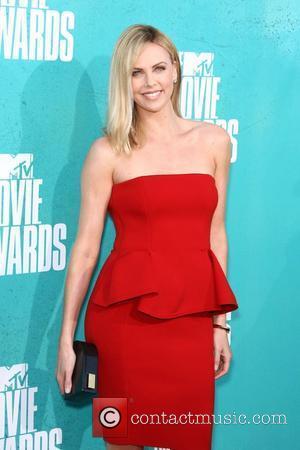 Shocking news for those who really need to get out and seek some real atrocities should they be actually be shocked by this sort of thing: Charlize Theron has lopped her hair off! That’s right, in news that really isn’t too outlandish, the South African-born actress has got rid of those flowing golden locks and opted for a buzz cut.

“Why?” You might cry, “she looked wonderous!” Well, fools, you might have forgotten that Theron is an actress and so sometimes has to adapt her hair to the role that she’s playing. That’s exactly what’s occurred here, with the Oscar winning doing the deed so that she can film the final scenes in Mad Max 4: Fury Road, due out at some point next year.

The Sun, being the insightful types that they are, were sure to check out what else was going down on Theron’s body at the time of snapping her in Cape Town, South Africa – where she’s shooting – and reported back that the star also had a blotchy face and didn’t appear to be wearing a bra. The horror. Hard to tell whether something’s gone drastically wrong with her or whether she was simply having a rare break from work and enjoying a day of slobbing. We reckon we can guess which.