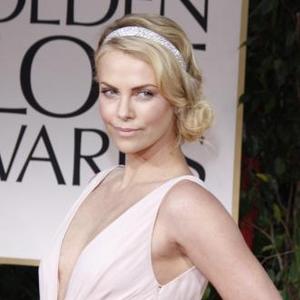 Charlize Theron can't remember her life before becoming a mother.

The 36-year-old actress - who adopted son Jackson in March - said at the London premiere of her movie 'Snow White and the Huntsman' that everything before he came into her life is a Blur.

She told E! News: ''It's strangely everything that you've hoped for and it feels so right. I don't know how else to say it.

''I feel like I can't remember anything prior to him. I feel like it was always just meant to be what it is.''

The single parent celebrated her first Mother's Day overseas as the American holiday fell on Sunday (13.05.12).

She revealed: ''My mum and Jacks are here with me. We had a nice morning. He got to spend a little time with me and he got to have a little snuggle.

''I'm going to see them later tonight. It's really nice to have him here.''

Charlize - who hasn't been in a serious relationship since ending her nine-year partnership with Stuart Townsend in 2010 - is amazed by how quickly her Bond with the baby began.

She added: ''It's an overwhelming sensation of love. Everyday I'm just like, 'It's not possible to love you more,' and then 20 minutes later you're like, 'Oh my god! How is this possible?'''