Charlize Theron had ''diarrhoea'' for seven days during a charity trip to South Africa, which she has described as a very grounding and rewarding experience. 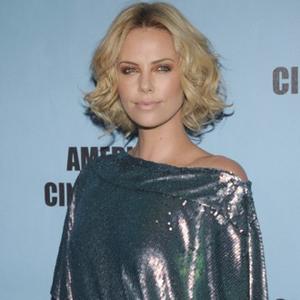 Charlize Theron had "diarrhoea" for seven days during a charity trip to South Africa.

The Oscar-winning actress set up her own organisation, the Africa Outreach Project, which focuses on sex education and HIV/AIDS prevention in her native South Africa, and while she admits the work is not glamorous, it is very rewarding and grounding.

She said: "I'm sitting on a toilet for seven days with diarrhoea. But it's the thing that puts everything into perspective. There's a part of me that will always be the South African who knows and realises how unbelievably fortunate I have been."

And while Charlize - who is a spokeswoman for Christian Dior - admits she enjoys some of the finer things in life, she will never go overboard because she knows what's important in life.

She added to the USA Today newspaper: "I'm completely spoiled - don't get me wrong - but I am not one of those people who needs another box of eye shadow. I only have two eyelids. There's only so much eye shadow that can go on two eyelids. I don't like a lot of stuff. I have a thing against excess."