Charlize Theron and Orlando Bloom have been announced as the new faces of Japanese fashion brand Uniqlo. 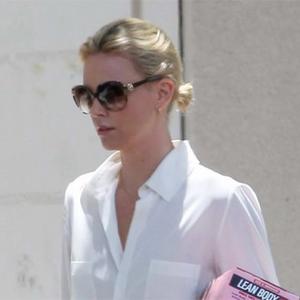 Charlize Theron and Orlando Bloom have been revealed as the new faces of Uniqlo.

The Japanese fashion retailer has named the stars as the global brand ambassadors for its new 'Made For All' collection.

As part of a year-long contract, the 'Monster' actress and the 'Pirates Of The Caribbean' star - who recently married Australian model Miranda Kerr - will appear in Uniqlo's worldwide advertising campaigns.

The pair will promote The Company's new tagline, which focuses on its commitment to providing clothing for everyone, regardless of nationality, age, occupation or gender, with the new advertising campaign expected to be unveiled in the autumn.

The Japanese brand expanded into the US market with the opening of a New York store in SoHo in 2006, with their first big American campaign featuring actress Chloe Sevigny and Sonic Youth's Kim Gordon.

Despite her new role for Uniqlo, South African-born Charlize - who started her career as a model at the age of 16 - recently revealed she refused to bow to industry pressure to slim down.

She said: "I could have been a bigger model. They told me, 'Lose five pounds and you'll be a supermodel.' But I saw modelling like waitressing and it was a way to pay for a career in dance."