Fact: Singer Justin Timberlake made a surprise appearance on Late Night With Jimmy Fallon on Tuesday (10Sep13) to perform the Evolution of End Zone Dancing skit, where the Suit & Tie hitmaker and the U.S. Tv host imitated several American football touchdown dances. On Monday (09Sep13), rapper Kanye West also made an unannounced visit to Fallon's show, performing his song Bound 2 along with singer Charlie Wilson and The Roots.

Quote: "I've been working on this song for two years and it finally gelled last night. It's not slated to be the single or nothing (sic) but I was like, 'People need this, this summer, right now!'" Rapper Kanye West is delighted to have finally finished the rough cut of his new song I Know You See Me, featuring Charlie Wilson and Beyonce. He debuted the track, from his upcoming album, during a radio interview with New York's DJ Angie Martinez on Wednesday (11Aug10).

Fact: Charlie Wilson, the former U.S. Congressman Tom Hanks portrayed in the film CHARLIE WILSON'S WAR, has died at the age of 76 in Texas.

Quote: "That was completely weird, like an out-of-body experience. I could only think, 'I used to watch SPLASH all the time.' And TURNER & HOOCH kept popping into my head. I tried not to think of it being too lascivious." Young actress Emily Blunt on filming sex scenes with Tom Hanks in Oscar-nominated film Charlie Wilson'S WAR.

Quote: "Yes, I went into this career specifically so I'd end up naked in a Jacuzzi with a bunch of naked strippers." Tom Hanks on the perks of his latest role as Texas congressman Charlie Wilson in CHARLIE WILSON'S WAR.

Quote: "During re-shoots she would show up and she was as fat as a horse." Tom Hanks on his pregnant Charlie Wilson'S WAR co-star JULIA ROBERTS.

Quote: "Maybe I should keep it and put it away for HAZEL... if she turns out busty." Julia Roberts on her plans for the skimpy bikini she wears in new movie Charlie Wilson'S WAR.

Quote: "Usually the triumph of my day is everybody making it to the potty. So yes, I think it's thrilling." Mother-of-three Julia Roberts was pleased to hear about her Best Supporting Actress Golden Globe nomination for Charlie Wilson'S WAR on Thursday (13Dec07).

Quote: "The man has obviously not seen my ass. Between the hair and the (breasts) and the attitude - bring it. If that's matronly, I loved every second of it." Julia Roberts slams a critic who deemed her role in new movie Charlie Wilson'S WAR 'matronly'.

Quote: "People don't wanna see us running around in the sheets." Julia Roberts was glad there were no sex scenes between her and Tom Hanks in their new movie Charlie Wilson'S WAR.

Quote: "I just looked like I had a five-pound paunch, but you don't want to be in a movie in a bikini looking like that." Julia Roberts on wearing a bathing suit for forthcoming film Charlie Wilson'S WAR while four months pregnant. 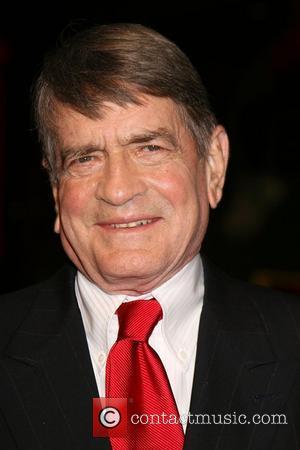