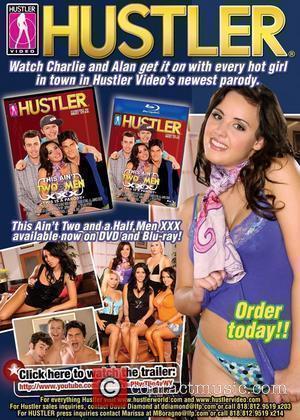 Charlie Sheen's ex-wife Denise Richards has taken to the internet to dispel rumours her former partner was killed in a snowboarding accident on Sunday (26Dec10) - insisting the actor is very much "alive".
A fake report, which surfaced online on Sunday, suggested Sheen had died in Switzerland after crashing into a tree at the Zermatt ski resort.
Richards has now taken time out from the family festivities to clear up the death hoax, insisting Sheen did not spend Christmas in Europe and was on his way to see their two daughters when the story broke.
In a post on her Twitter.com page, she writes, "The rumour about Charlie Sheen is not true. He is alive and on his way over to see his daughters. Thank u for all your concern..."