Sheen To Be Grandfather! Charlie's Daughter Cassandra Is Pregnant 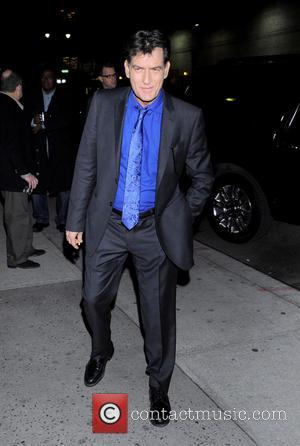 Charlie Sheen is to be a grandfather after announcing that his 28-year-old daughter Cassandra Estevez is pregnant. The 47-year-old Anger Management star shared the happy news with David Letterman on his Late Show after the host pushed him about "fessing up to a big development" in his life.

"You are going to be, in the next several months...fill in the blanks," teased Letterman. "You are going to be a..." Smiling back, Sheen replied, "Grandfather," to the delight of the audience, adding, "it's fabulous," though suggesting that 'Grandpa' was "not a title I'm ready to adopt." When Letterman asked whether Sheen thought he would make a "good grandfather," the former Two and a Half Men actor quipped, "Yeah, because you can leave the kid!" We don't know about you, but Charlie Sheen seems like a pretty decent guy to have as your grandfather, at least the visits to his house would be mildly entertaining? Cassandra is Sheen's daughter with his high-school girlfriend Paula Speert and in 2010, he walked her down the aisle when she married Casey Huffman in Santa Barbara.

Later in his chat with Letterman, Sheen gave his thoughts on Two and a Half Men - now led by Ashton Kutcher - claiming he'd like to appear in the final episode of the show. We reckon the odds of that happening are slim to none.

Watch Charlie Sheen Returning To The Public Eye After His Infamous Meltdown: