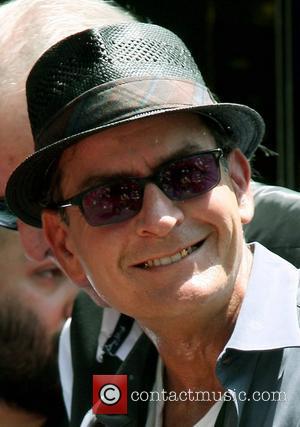 Picture: Charlie Sheen Slash honored with a star on the Hollywood Walk of Fame Hollywood, California - 10.07.12

Anger Management, the latest show starring Charlie Sheen, is poised for a 90 show pick up following continuingly positive audience numbers.
The show currently airs on US network FX, which is run by Rupert Murdoch's News Corporation, and has been averaging 3.4 million viewers each week. Good news for the advertising companies attached to the show, as Nielsen data has shown that 1.7 million of the audience has been the advertiser targeted 18-to-49 year-old demographic.
FX is currently ranks as the ninth most watch network in the United states.
The show, for those who have yet to see it, is a sitcom based on the 2003 ADAM SANDLER and Jack Nicholson starring movie of the same name. In it, Sheen plays an anger management therapist who also struggles aggression issues of his own.
Sheen's real-life father, Martin Sheen, is due to appear in the show, taking on the role of Charlie's on screen father. Now that the show has been all but confirmed for another 90 episode, the role is set to become a recurring one with Sheen the elder popping up throughout it's run.
Sheen himself has spent time in anger management when he was sentenced to 36 hours of therapy, 30 days in a rehabilitation centre and 30 days of probation after he pleaded guilty to assaulting his ex-wife, Denise Richards, on Christmas day in 2009.