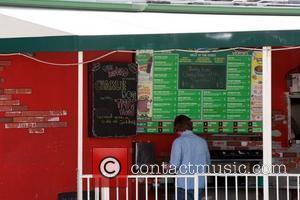 Charlie Sheen's girlfriend has defended her "unconventional" relationship with the star, insisting she doesn't mind sharing the actor with another live-in lover.
Sheen, who split, from wife Brooke Mueller last year (10), has been living with two women - former nanny Natalie Kenly and ex-porn star Rachel Oberlin, also known as Bree Olson - who he calls "The Goddesses".
The troubled actor invited cameras into his Los Angeles home for an interview with Britain's The Sun newspaper and opened up about the trio's unusual living arrangements, revealing, "The Goddesses rule. They rule the kingdom... We have to have two beds - we're not amateurs, we're all adults. It's very smart and that way no one gets demoted to the couch."
Kenly insists she is happy with the set-up, adding, "Anyone who has met Charlie says he's the coolest guy ever. People don't say you're the coolest guy in the world for 20 years if it's not true... There are a lot of unconventional relationships around and anyway, we don't have to answer to the world. Gay used to be unconventional, getting divorced used to be unconventional."
However, a message posted on Sheen's Twitter.com page on Friday (04Mar11) hints that the trio's love affair may have come to an end, with the star suggesting Oberlin has moved out. He writes, "Rachel has left the building... We're sad... Over it... Applications now being accepted!"