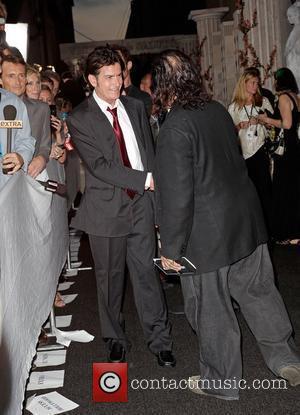 Charlie Sheen's former 'goddess' girlfriend Bree Olson has posted a bizarre new video online featuring footage of her writhing around on a California beach as images of war brutality in Uganda are flashed onto the screen.
The ex-porn star shot the promo after watching director Jason Russell's Kony 2012 viral video, which chronicles the war crimes of Lord's Resistance Army leader Joseph Kony in a bid to make the warlord so infamous that he will no longer be able to avoid capture as international forces seek him out.
Moved by what she saw, Olson is appealing to her fans to support the Kony 2012 movement and the charity behind it - Invisible Children, and she has put her own sexuality on film to help get her point across.
The five minute viral video features Olson wearing a barely-there red bikini as she rolls around a beach striking sultry poses. In other scenes, she walks the streets of Los Angeles in a pair of mini-shorts and a blue bikini top, poses by a busy freeway, and writes 'Kony 2012' on her mud-covered body as she writhes around on a shoreline.
The 25 year old says, "Right now you're watching a video of me outdoors in California, interspersed with pictures of the effect Joseph Kony has had on the people of Uganda. I put the two together because I know a spoonful of sugar helps the medicine go down."
The Invisible Children organisation needs all the support it can muster right now following the arrest of filmmaker Russell, who is also a co-founder of the charity, last week (15Mar12).
The director was arrested in San Diego, California following reports he was drunk in public and allegedly masturbating and vandalising cars.
Russell has been transferred to a mental hospital for his own safety.
His wife Danica has blamed her husband's apparent meltdown on the unexpected popularity of his Kony 2012 film, and the criticism he has been subjected to as a result of the video, which has been viewed by almost 100 million people around the world.