Charlie Sheen has admitted he won't be spending Christmas with any of his children and an insider has claimed Scott Mueller never gave him permission to see his sons, Bob and Max. 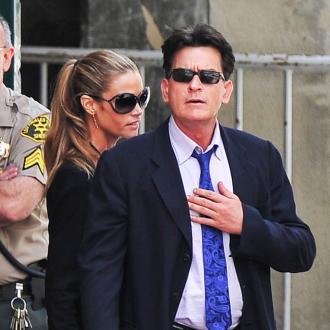 Charlie Sheen won't be spending Christmas with any of his children.

The 'Anger Management' star had planned to spend the day with his sons, Bob and Max, tomorrow (25.12.13) after reaching an agreement with their temporary guardian, Scott Mueller, who is his ex-wife Brooke Mueller's brother, and is furious it will no longer be happening.

But an insider told gossip website RadarOnline.com that the actor never cleared his plan to take the boys with Scott.

It was previously reported that Charlie was planning to cut his other ex-wife Denise Richards' child support payments and take her to court for taking their daughters, Sam, nine, and Lola, eight, out of town for the festive period without him.

The 'Wild Things' actress defended her actions on Twitter on Monday (23.12.13) and insisted she had invited Charlie to join them for Christmas.

The source added: ''Charlie has no one to blame for not being able to spend Christmas with his kids but himself. He is clearly in yet another downward spiral, and needs help.

''Lashing out at Denise, the courts, Brooke, child protective services doesn't change the basic facts....he needs to take responsibility for his actions and grow up.''