Charlie Sheen Wants 'Two and a Half Men' Return, "We're a Meeting Away"

Charlie Sheen says he is open to a return to 'Two and a Half Men'.

Charlie Sheen says he and the producers of 'Two and a Half Men' are just "a meeting away" from his sensational return to the show. The actor was fired from the CBS sitcom in March 2011 after a series of negative headlines, including a very public fall-out with creator Chuck Lorre. 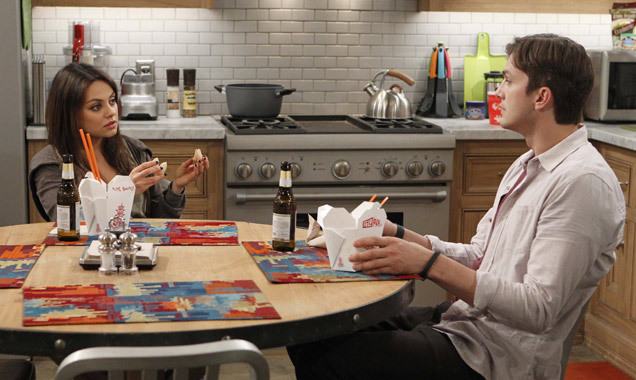 Sheen says rumors that he may return for the series finale are not completely unfounded and that producers are "open to it".

"I would definitely do it, yeah, yeah. If they'll still have me, I will be there. Yeah, I owe it some measure of closure. I owe it to the fans, I owe it to myself," he said during an appearance on Extra TV.

"I just think it makes sense."

Asked how Harper would be brought back from the dead, Sheen said: "I have a brilliant idea, but don't want to give it away. It's the type of moment I think people would talk about for a long time and it wouldn't get in anybody's way.

"Think it would be a nice tip of the hat. they know I want to do it and I know they're open to it, so, guess we're just a meeting away from making it happen."

Any potential meeting will have to go ahead quickly given the twelfth and final season of Two and a Half Men premiered on October 30, 2014.