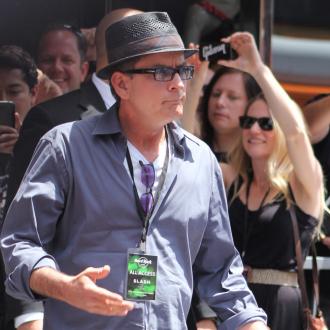 The 'Anger Management' actor - who became close to the troubled actress on the set of the comedy 'Scary Movie 5' last year - believes he can save the actress from self-destructing because he has battled similar problems with addiction and legal issues in the past.

The 47-year-old star told gossip website TMZ.com: ''I have a kinship with somebody [Lindsay] who clearly needs a mentor, whether she wants one or not. She can continue to hang out with her dress shredding club buddies, or turn to me for some advice from a guy who's been down the road as well as every other side trail on the journey.

Despite his keen interest in the 26-year-old actress's welfare, Charlie insists he only wants to be her friend and claims they have never hooked up.

He said: ''I love her, I respect her, and I've never laid a finger on her that wasn't on film. How ya like me now, America?''

Lindsay is set to star in an upcoming episode of 'Anger Management' and will play herself in the FX comedy, where she becomes a patient of Charlie's therapist character and begins a romantic relationship with him.

Charlie has attempted to take Lindsay under his wing in the past. He previously gave her $100,000 to help her pay off her enormous tax bill and also offered to pay a top stylist to work with her and lend her a $1,750 designer dress for the amfAR Gala in New York last month, which she was then accused of destroying after claiming it ripped.