Charlie Sheen will face Brooke Mueller in court tomorrow (08.03.11) over custody arrangements for their sons, Bob and Max. 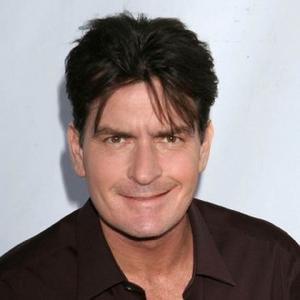 Charlie Sheen will face Brooke Mueller in court tomorrow (08.03.11) over custody arrangements for their sons.

Lawyers for the actor confirmed to website TMZ he will ask a judge in Los Angeles to remove a restraining order which prohibits him from seeing twins Bob and Max, who were taken from his home and given to Brooke last Tuesday (01.03.11).

Charlie and his third wife â whom he split from at the end of 2009 following a domestic incident â had been trying to work out joint custody arrangements for their 23-month old children, but negotiations broke down at the weekend.

The former couple â who have both recently been treated for troubles with substance abuse â were said to have reached a verbal agreement last week, but when it came to more official negotiations, Charlie, 45, reportedly wouldn't agree with Brooke's insistence a monitor be present at all times while he was caring for Bob and Max.

He also didn't want for his two girlfriends, Bree Olsen and Natalie Kenly, to be stopped from "exercising parental responsibilities" with the children.

"Brooke is seeking to control who is around the boys when Charlie has custodial time with them."

Brooke was granted the restraining order after submitting a declaration to Los Angeles Superior Court claiming the 'Two and a Half Men' star took their sons from her home without permission on February 26.