Charlie Sheen will reprise his role as Boy in the Police Station on ABC's 'The Goldbergs'.

Charlie Sheen is to reprise his Boy in the Police Station role from Ferris Bueller's Day Off on the ABC sitcom The Goldbergs. In the upcoming episode, Barry (Troy Gentile) tries to stage his own day off - though it doesn't go as well as Matthew Broderick's.

Clearly, Boy in the Police Station is not the sitcom character that fans expected Sheen to reprise this year. Back in September, Sheen went public with his desire to return to Two and a Half Men, despite his falling out with Chuck Lorre and sniping at Ashton Kutcher. Still, Kutcher fanned the flames during an appearance on The Ellen DeGeneres Show.

"It's uh, I don't know if I'm allowed to talk about it," Kutcher told DeGeneres about the ending of the famous sitcom, "But I'm scared...Yeah, I'm a little terrified." 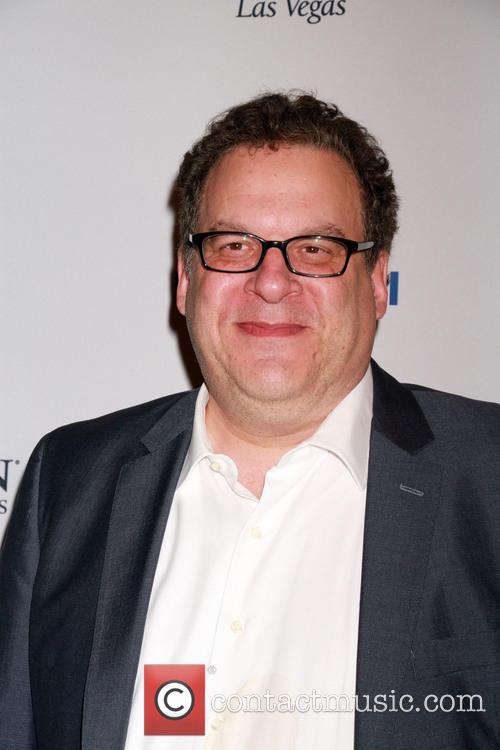 Jeff Garlin stars in The Goldbergs on ABC

Sheen's character was killed off following his infamous exit from the show and Kathy Bates won an Emmy award for playing his ghost. Still, there appears to be a desire for Sheen to return and with the last episode set to air on February 19, 2015, fans will soon know whether Charlie Harper will show his face one last time.

Sheen's cameo on The Goldbergs will air in early 2015. Set in the 1980s in Pennsylvania, the show is loosely based on the showrunner Adam F. Goldberg's own childhood during which he videotaped family events. It received a second season order from ABC earlier this year.

More: Charlie Sheen wants Two and a Half Men return - "We're a meeting away"