Scottine Ross, with whom Sheen split in November 2014, alleges that he didn't tell her about his HIV-positive status, among other accusations.

Charlie Sheen’s ex-fiancé Scottine Ross has filed a lawsuit against him, accusing the actor of assault, battery, false imprisonment and failing to disclose to her that he is HIV-positive.

Ross filed the lawsuit on Thursday (December 3rd) in Los Angeles Superior Court, and is seeking damages in the region of $1 million plus earnings from Sheen’s recent cancelled TV show ‘Anger Management’, which she claims was part of an alleged agreement between the couple. 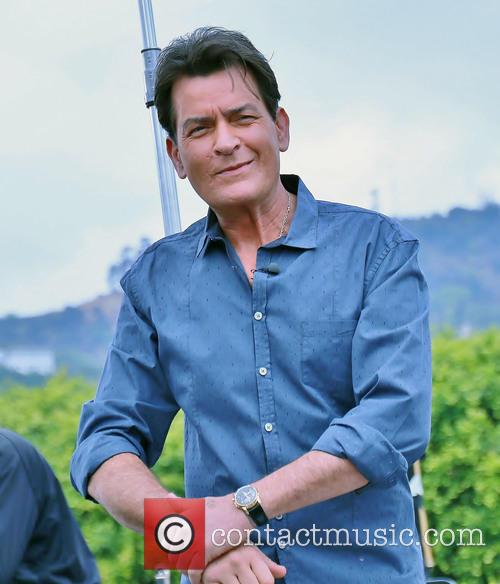 Charlie Sheen is being sued by a former fiance, Scottine Ross

He and Ross, an adult film actress with the screen name of Brett Rossi, were in a relationship from November 2013 to October 2014. An attorney representing Sheen gave a brief statement announcing the actor’s intention to defend himself against Ross’s accusations in court.

“Charlie Sheen intends to vigorously defend the lawsuit filed by Scottine Ross,” the statement read. “We are confident that Mr. Sheen will prevail on his claims for affirmative relief against her.”

It’s been just over a fortnight since Sheen went on the ‘Today’ show on NBC to reveal that he had been diagnosed as HIV-positive around four years ago, and that a handful of people who knew about his condition had blackmailed him to keep it a secret, saying that he had been “shaken down” by extortionists.

The court documents filed by Ross allege that Sheen had previously agreed to pay her $1 million plus 5% of his back-pay from ‘Anger Management’ in order to settle Ross’s outrage that he didn’t disclose his condition to her until after they had had sexual intercourse on a number of occasions. However, after the revelation a fortnight ago, she says that he has reneged on the deal.

Ross’s lawyer said in a combative statement to People: “The lawsuit filed by Ms. Ross speaks for itself. Mr. Sheen made it clear on The Today Show that he had no intention of honouring the agreement reached, and sure enough, he didn't. Ms. Ross looks forward to her day in court, and to taking Mr. Sheen's deposition.”

The documents allege that a romantic relationship developed after Sheen paid her $10,000 “for the sole purpose of engaging in sex”, and that she came to believe “that they would eventually be getting married.”

However, amid other lurid allegations detailed in the suit itself, Ross said Sheen “became a different person” while drinking to excess and doing drugs, becoming “violent and abusive.”