Charlie Sheen has signed a deal with concert promoters Live Nation, which may include a live tour. 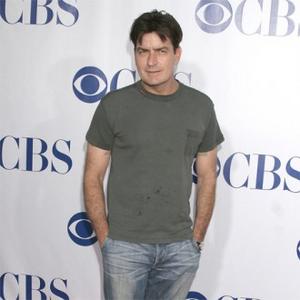 Charlie Sheen has signed a deal with Live Nation.

The actor - who was fired from sitcom 'Two and a Half Men' yesterday (07.03.11) because of his recent wild behaviour - has agreed a merchandising and licensing contract with the concert promoters and while one day it may include a live tour, the company will now be focusing on producing Charlie memorabilia.

Joey Scoleri, Live Nation's Senior VP for Tour Marketing & Promotion, told E! News: "Being fired has only made him more popular because he is standing up for himself. He is a folk hero.

"We're hoping to have some of the items for sale as soon as next week. It's all coming together really quickly. He's got a lot of brilliant ideas."

The range of merchandise will include mugs, T-shirts and badges with some of Charlie's most famous sayings, such as 'winning', emblazoned on them.

Charlie - who was pictured on the roof of the Live Nation offices waving a machete - impressed bosses with his ideas for the future.

A source said: "He wants to connect personally with his fans and getting out there on a tour and seeing people in person really appeals to him."

Meanwhile, Charlie will carry on getting paid by 'Two and a Half Men' even if he is replaced by another actor.

The 45-year-old star has a clause in his contract which states he will get paid as long as the show is in production, but Warner Bros. - who produce the series - claim he was in breach of his contract when they sacked him so they don't have to fulfil the clause.

Producers are yet to decide what will happen to the show, in which Charlie earned $2 million an episode.