Charlie Sheen allegedly shut down production on 'Anger Management' several times in recently because he has laryngitis from partying too hard. 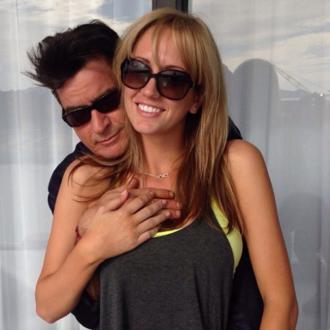 The 48-year-old actor, who parted ways with his manager, Mark Burg, entertainment lawyer, Jake Bloom, and publicist, Larry Solters, last week, was reportedly forced to miss work for two days and cut short filming this week because he developed laryngitis from partying too hard.

A source told gossip website RadarOnline.com: ''Filming with Charlie came to a halt last week for two days because he had come down with a nasty case of laryngitis. He was unable to talk at all last week, and has only worked half days this week because Charlie's voice isn't 100 percent.

''It has essentially shut down production because Charlie is in all of the scenes of the FX show.''

Another insider insisted he developed the illness because he has been partying with his new girlfriend, Brett Rossi.

The source said: ''The reason he got laryngitis is simple. Charlie has been partying non-stop ever since Brett came onto the scene.

''There is a constant stream of cars coming and going from his Beverly Hills estate. It's the same pattern of behaviour that led to the infamous 2011 meltdown.''

A source previously claimed that Charlie, who is currently embroiled in bitter feuds with two of his ex-wives, Denise Richards and Brooke Mueller, relating to their children, was dumped by his trusted advisors after they expressed concerns about Brett, whom be began dating six weeks ago.

But the actor told TMZ.com that the decision was ''mutual.''

He added: ''I couldn't be more pleased with the current state of my team. Much like their fearless leader, they don't believe in excuses, fatigue or failure.''

Charlie was fired from 'Two and a Half Men' in March 2011 over his erratic antics, which included partying with prostitutes and blasting the show's creator, Chuck Lorre.