Charlie Sheen's Two and a Half Men regrets

Charlie Sheen regrets the fact he never ''begged'' for his job back when he was axed from 'Two and a Half Men'. 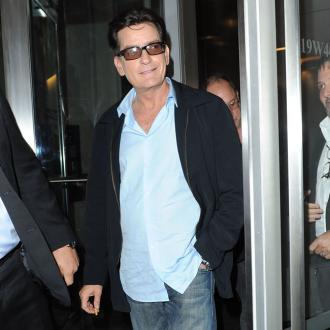 Charlie Sheen admits he should have ''begged'' for his 'Two and a Half Men' job back.

The 49-year-old star was axed from the show because of his erratic antics and public ranting about showrunner Chuck Lorre in 2011 and he now knows he behaved wrongly and should have been ''more humble''.

Asked if he regrets how his time on the show ended, he said: ''Yeah, I should have been a little more humble, more regretful, shouldn't have attacked them like I did and I probably should have begged for my job back

''Beg is a colour I don't wear well. I probably should have requested my job back.

''I think that what went down was fixable, and I made it irreparable.''

Charlie then went on to star in 'Anger Management' and enjoyed work on the 100-episode FX show.

He told 'Extra': ''It was an environment of compassion, of creativity of love... Nobody yelled.''

Away from work, Charlie recently spent Mother's Day with two of his ex-wives, Denise Richards - with who he has daughters Sam, 11, and nine-year-old Lola- and Brooke Mueller, the mother of his six-year-old twins Bob and Max.

And despite previous tensions with both women, he insists they all get along well now.

''We're all smart and accomplished, and we're all adults, there's so many kids involved that it's so much better for them.''

And the 'Young Guns' star is also enjoying being a grandfather, as eldest daughter Cassandra - who he has with former girlfriend Paula Profit - is mother to 22-month-old Luna.

He said: ''Five kids and a granddaughter, my oldest daughter Cassandra has a daughter named Luna

''[What's different as a grandparent?] You can leave the child behind, you know, the diaper stinks and we're done.''