Charlie Sheen's ex-wife Brooke Mueller has hired bodyguards because she fears for her safety and claims he is a 'very dangerous man'. 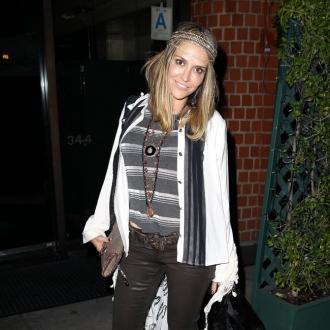 Charlie Sheen's ex-wife has hired bodyguards because she fears for her safety.

Brooke Mueller, who failed to secure a restraining order against the 'Anger Management' star in court yesterday (04.11.13), revealed she has drafted in around-the-clock security and told the judge the actor was a ''very dangerous man'' whose ''connections'' could cause her ''physical and emotional harm,'' according to gossip website RadarOnline.com.

The socialite, who is eager to regain custody of her four-year-old twins, Bob and Max, with Charlie, told the judge in court on Monday: ''I am extremely scared of petitioner (Sheen).

''He does not respect Court orders and he has stated that he has authorized security guards to take the children out of my home regardless of what orders are in place. I am very scared of what else he may do. He is capable of anything.''

She also claimed that Charlie has boasted ''on several different occasions that he has certain law enforcement officers in his back pocket who will do whatever he wants.''

She added: ''I believe the petitioner is a very dangerous man. Petitioner has a lot of connections with people willing to do his dirty business.

''I have not been alone since hearing petitioner's threats as I am fearful that petitioner will come after me or send someone after me to hurt me. I have hired security guards to stay me commencing (last) Friday (01.11.13).''

Brooke and the former 'Two And A Half Men' star have been locked in a bitter custody battle since her release from rehab this autumn, with Charlie branding the 36-year-old blonde an ''evil and pathetic uber loser'' over Twitter and blasting the Department of Children and Family Services for allowing her to take the boys for an overnight stay.

The boys have been in Denise Richards' care since May.