Adult film star Bret Rossi, who was previously engaged to Charlie Sheen before he called off their wedding that was planned for later this month, has reportedly being hospitalized after suffering a drug overdose. 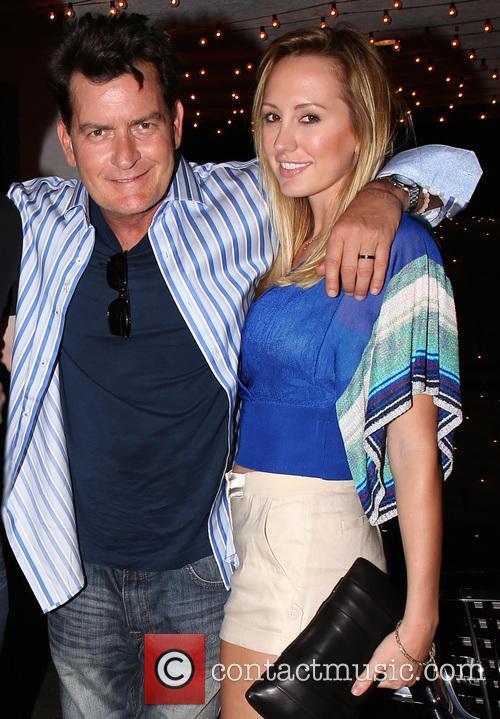 Sheen and Rossi were expected to marry later this month

Rossi, who also goes by the name Scottine Sheen, was found unconscious at her California home over the weekend, and was rushed to Cedars-Sinai Medical Center, where doctors pumped her stomach in the intensive care unit overnight, according to RadarOnline.

"It was an overdose," a source told the publication. "It is not known what she overdosed on."

The following night, Rossi was transferred to a regular care unit in the hospital, the source added. It still isn't clear what drugs she had taken.

More: Charlie Sheen To Return For "Two and a Half Men" Finale? Don't Get Your Hopes Up

"Her hospital stay was due to an adverse reaction to a newly prescribed medication," the source told the magazine. "The rumors that she had her stomach pumped due to an overdose are completely false. Scottine has always been an advocate for living a healthy, sober lifestyle and has never had a history of substance abuse in her past."

Sheen's team have acknowledged Rossi's health scare and released the following statement: "Charlie and Scotty have been in communication and Charlie still has a tremendous fondness for Scotty and continues to wish her all the best."

More: Charlie Sheen Sued Based On "Ridiculous" Claims Of Sexual Battery By Dentist

The 49 year-old actor called off their engagement last month because he felt he needed to spend more time with his young children. "She's a terrific gal-but we've mutually decided to go our separate ways and not spend the rest of our lives together," he said at the time. "I've decided that my children deserve my focus more than a relationship does right now. I still have