The actor has been receiving messages of support on social media, including one from former ‘Spin City’ co-star Heather Locklear.

After his emotional appearance on ‘The Today Show’ Tuesday morning, Charlie Sheen has received messages of support from friends and members of the public after confirming he is HIV-positive. On the program the actor spoke for the first time about his diagnosis and said he now has a responsibility ‘to help a lot of other people’ living with the condition. 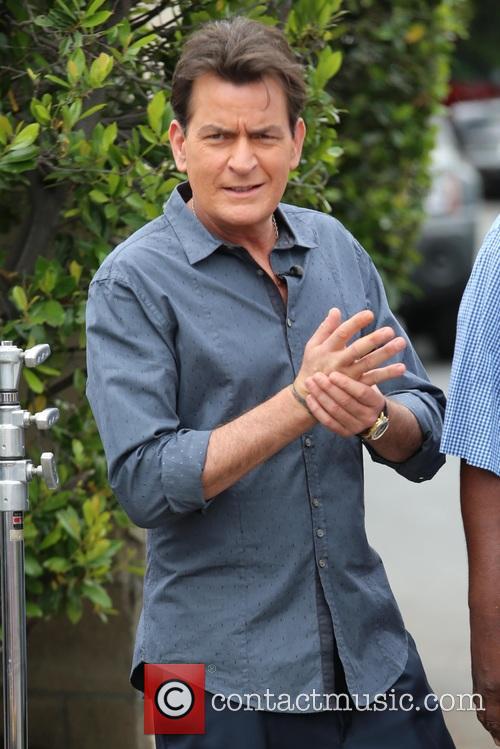 During the interview, host Matt Lauer showed Sheen the messages of support he had already received on social media since the sit-down began. 'I'm gonna ride this wave of support and if there was one guy on this planet to contract this that's gonna deliver a cure it's me,’ Sheen said after viewing the messages.

More: 'Two And A Half Men' Star Jon Cryer Reveals What It Was Like To Work With Charlie Sheen

The actor then added, ’I'm not going to be the poster man for this, but I'm not going to shun away from responsibilities and opportunities that drive me to helping others and delivering a cure.’ One of the first people to show their support for Sheen was his former ‘Spin City’ co-star Heather Locklear.

Sheen and Locklear starred in the sitcom together for two seasons before its cancellation in 2002. Posting a picture of herself and Sheen on Instagram, Locklear wrote, ‘My heart hurts. Prayers for Charlie and his family’.

My heart hurts. Prayers for Charlie and his family

‘Today Show’ anchor Al Roker also shared his support for the actor on twitter, after his appearance on the program: ‘Good on @charliesheen . Tough road but he is taking the first steps. Here's to his and his loved ones emotional & physical health.’

On Instagram, Lady GaGa praised Sheen for being brave, sharing a screenshot of the actor on the ‘Today Show’. ‘#BraveCharlie, an opportunity for people all over the world to learn about modern HIV prevention, treatments, and emotional intelligence as it relates to the stigma of the virus,’ the singer captioned the image.

Sheen was also supported by members of the public on twitter for coming forward and speaking about his diagnosis. ‘@charliesheen may u find strength & power to share ur story with the world today. UR fans love u! ‘ wrote one user. Another added, ‘Praying for [email protected] and family. I know it wasn't easy to come forward, hope he becomes an advocate for the HIV/AID's community.’