Charlie Sheen has reportedly ordered Brooke Mueller out of the house he bought her in the same gated community he lives in. 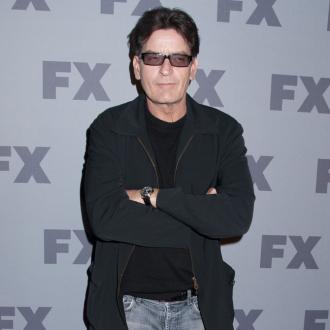 Charlie Sheen has reportedly ordered Brooke Mueller out of his house.

The 'Anger Management' star had bought his ex-wife a house near his own in a gated community in Los Angeles, but recently put it on the market for significantly less than the $4.8 million he paid for it, and has sent a letter through his lawyer demanding his former spouse move out.

It is unclear what will happen to Charlie's sons with Brooke - four-year-old twins Bob and Max - but they are currently under temporary guardianship of her brother, Scott. It is presumed Charlie will seek custody in family court.

Bob and Max were previously being looked after by Denise Richards - another of Charlie's ex-wives, with whom he has daughters Sam, nine and Lola, eight - but she had to give up the twins when they displayed ''violent behaviour''.

Earlier this week, Brooke make claims of child abuse against Denise, accusing her not only of mistreating Bob and Max, but also her own children and her adopted daughter Eloise, two.

It is thought Brooke's allegations were one of the final straws for Charlie, who wants Brooke to move far away from him and the rest of the family.

Sources say he has told friends he would even gladly sell the house for a dollar if it meant Brooke would be out of his life.

Brooke - who has struggled with drug addiction for years - is currently allowed to see her kids for three days a week, with two overnight visits.