Network bosses at FX reportedly stepped in to ask Charlie Sheen to end his feud with ex-wife Denise Richards. 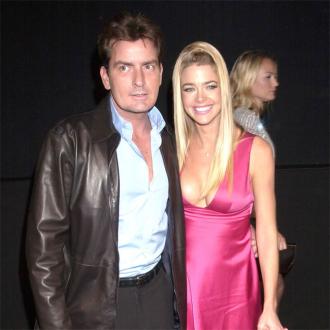 Charlie Sheen was ordered to make peace with Denise Richards by his TV show bosses.

The 'Anger Management' actor had launched a string of abusive messages at his ex-wife - who he claimed stopped him seeing their daughters Sam, nine, and Lola, eight over the festive season - but apologised on Wednesday (15.01.14), and it has been claimed he did so as FX, the network which airs his sitcom, told him he had gone too far.

A source said: ''[The executives told him] he had to tone down the negative rhetoric towards Denise Richards because it was getting so much negative publicity. After Charlie posted those disgusting messages on Twitter that Denise was a pig and media ho, the bosses stepped in and said enough.''

Insiders are said to be concerned that Charlie is ''out of control'' and no longer has steadying influences around him.

The source continued to RadarOnline.com: ''Charlie is spiraling out of control right now, and making matters worse is that his three most trusted advisers recently quit. The people that used to be able to talk him off the ledge in the past, just aren't there. Charlie deleted all of the negative posts about Denise from his Twitter profile and did issue a mea culpa to Denise.

''One minute Charlie can be the calmest, most chill person, and in a flash, he switches into this crazed maniac. It just makes no sense.''

Charlie - who also has a grown-up daughter Cassandra from a previous relationship and four-year-old twins Bob and Max with former spouse Brooke Mueller - deleted the abusive tweets he had written about the actress when he made a plea for peace for the sake of the children, insisting he and his girlfriend, Brett 'Scotty' Rossi, had their best interests at heart.

''passion'' for real parental justice to obfuscate, misalign or appear

mendacious in mine AND Scotty's pure and pleasant desire to exhibit and express ''our'' hart & soul love for them. xox c&s #DeletingPreviousSmears (sic)''