Charlie Sheen's Nessie No-Show Was "No Match" For "MaSheen!"

Apparently the loch ness monster didn't show it's slimy face this weekend because it was "no match" for the Two and a Half Men actor. Mm-hmm...yep, sure.

Charlie Sheen and a bunch of pals reportedly rented out a loch-side castle in Scotland this weekend with one mission in mind: to hunt down the legendary Loch Ness monster on a last-minute crusade and shed some light on the mysteriously elusive beast's existence, according to TMZ.com. Embolded by scotch, the valiant Americans tried to accomplish what no foolhardy Scot has ever been able to do - get a good look of the elusive beast of the deep who's fondly known as Nessie and hold him/her to ransom for all the bother caused to humble Scottish civilians.

They launched their boat into the waters with no hope of knowing what lay before them, with only dutch courage to keep them warm on the harsh highland waters and stop their hands from shaking with the fear of the unknown as they headed out into the misty lake. Who knows how long they were out there for but it seems they returned rather red-faced. Speaking to TMZ.com in a post-mission debrief, Sheen showed that he wasn't deflated by the embarrassing Nessie no-show: "Clearly the monster labelled 'Nessie' stayed both hidden and ashamed as it knew deep in her own ancient heart to be NO match both in mythology or reality, to a Beast known throughout the Highlands, the Lowlands, and the Badlands, by one bone-chilling word: MaSheen." 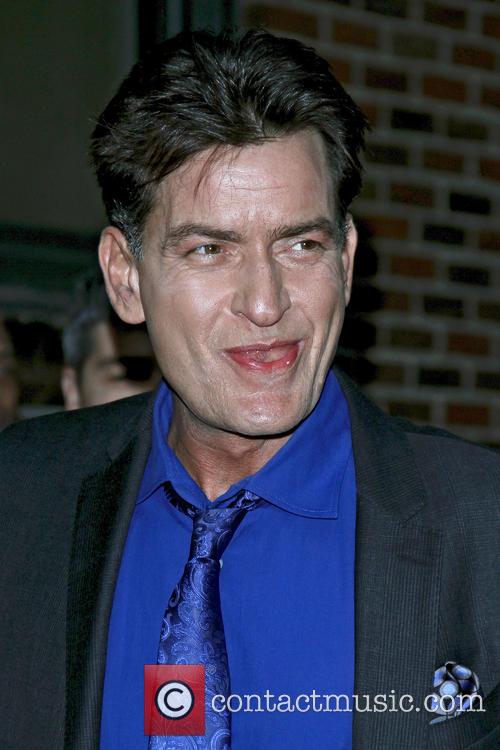 The Loch Ness Monster Better Watch Out Now Charlie's About.

"MaSheen", as he's apparently now known, plus ex-baseball star Todd Zeile and buddy Brian Pekk suited up, kissed their significant others and boldly went where no man has gone before: on Sheen's private jet towards the unforgiving Scottish wilderness. No doubt choking back tears of gratitude and wishing why there aren't more valiant Scottish men of Sheen & Co's ilk to lay their lives on the line, Aldourie Castle general manager Lavinia Turner, told The Sun "All I can say is that Mr Sheen and his party were perfect guests and thoroughly enjoyed their trip to Scotland and Loch Ness They had a wonderful and relaxing time but unfortunately didn't see any sign of Nessie although I'm sure they'll be back in the future to try again."

Perhaps the arrival of our shining knights was too loudly trumpeted with a lily-livered Nessie favouring the deep instead of a battle that it would so surely lose? Or perhaps, on a lad's weekend with a difference, Mr. Charlie Sheen has well and truly lost it.