Sheen took it upon himself to denounce his ex-wife and mother of two of his children in a bilious Twitter rant on Father's Day.

Despite being a parent to five kids, it looks like Charlie Sheen didn’t have a particularly good Father’s Day. He spent a good part of Sunday tearing into Denise Richards via Twitter, describing his ex-wife as the “worst mom alive” and as “landfill rash”. You stay classy, Charlie.

“Denise Richards is a shake down piece of s*** doosh phace & worst mom alive!” Sheen ranted. “[A] despicable charlatan who sux ISIs ass!!!!” So many [sic]s there it’s barely worth bothering. 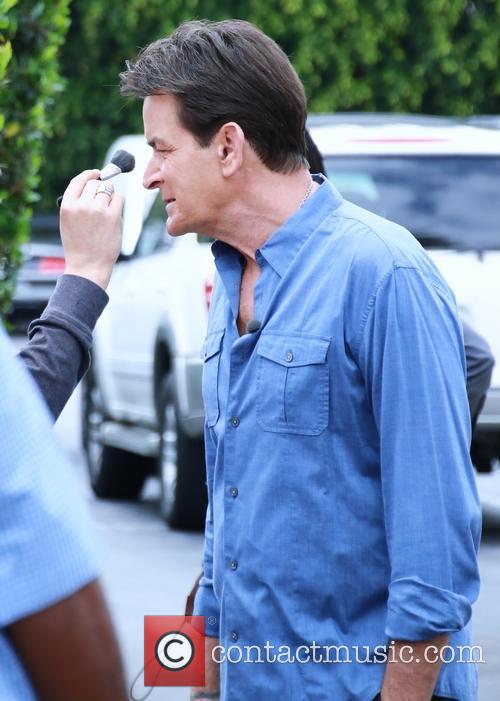 TV and screen actor Sheen, 49, was married to his second of three ex-wives Richards between 2002 and 2006. Together, they have two daughters, Sam (11) and Lola (10). She had filed for divorce by 2005 and took out a restraining order against Sheen the same year.

More: ‘Two and a Half Men’ star Jon Cryer reveals what it was like to work with Charlie Sheen

Ever since, the two have regularly been at each other’s throats. Sheen has accused her not allowing him to see their children, and in 2013 attempted to lower the amount of child maintenance he had to pay by arguing that Richards was “punishing” him.

“[S]ee u in court you evil terrorist sack of landfill rash,” he continued. “[T]his gangster Sheenius will be Winning! Duh!!”

Initially, he had begun with what was presumably a reference to his third ex-wife Brooke Mueller, with whom he had twin boys Bob and Max, both 6. “Brooke M is a sexy rok star whom I adore D Richards a heretic washed up piglet Shame pile Happy Father's Day!!!”

While all these tweets have now been deleted, the same content is still available to read in an even more bizarre and profanity-laden open letter.

Richards, 44, eventually responded to Sheen with her own pointed tweet. “Happy Dad’s Day! @charliesheen have a great trip in Mexico! Kids were disappointed u weren’t here for it-Hey we’ll celebrate when u r back!”